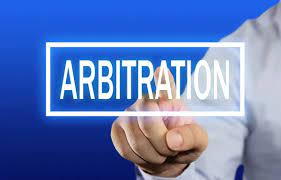 Arbitration is a contract-based form of binding dispute resolution.

In entering into an arbitration agreement, the parties agree to refer their dispute to a neutral tribunal to decide their rights and obligations.

Although sometimes described as a form of alternative dispute resolution, arbitration is not the same as mediation or conciliation.

A mediator or conciliator can only recommend outcomes and the parties can choose whether or not to accept those recommendations.

By contrast, an arbitration tribunal has the power to make decisions that bind the parties.

One of the attractions of arbitration is that it is typically easier to enforce an award in another country than it is to enforce a court judgment.

That said, enforcement regimes vary and it is crucial to take into account the prospects of enforcement in deciding whether, and if so how, to arbitrate a dispute before spending too much time and money.

This is especially the case if cash in the bank is one of the important factors in arbitrating.

The arbitration agreement will determine key elements of the process. For example:

·         Will the arbitration be conducted in accordance with the rules of a particular arbitration institution or will it be ‘ad hoc’?

All these factors can have a significant effect on the time and cost of the arbitration. So, if you are considering entering into an arbitration agreement, you should ensure that you take expert legal advice first.

INTITATION OF THE ARBITRATION

As arbitration is a contract-based dispute resolution mechanism, there may be steps set out in the contract which have to be followed before you can start arbitration.

These can include holding meetings between senior people in the two organisations to attempt to resolve the dispute or mediation.

A claimant will typically start arbitration by sending a document known as a “request for arbitration” or a “notice to arbitrate” to its opponent.

If your arbitration is to be conducted in accordance with the rules of a particular arbitration institution, that institution’s rules will typically prescribe what should be in your notice to arbitrate.

Usually, the notice includes at least a description of the issue in dispute. Also, if the arbitration agreement stipulates that a disputing party should nominate an arbitrator, the notice should include the identity of the individual the claimant wishes to select.

The other party (or parties) will then have the opportunity to respond briefly within a set period of time and, where appropriate, also select an arbitrator.

1.     The tribunal must be formally constituted – if there are to be three arbitrators in a two party dispute, each party will typically select one arbitrator.

The nominees or the arbitral institution will select a third arbitrator to act as chair.

Where there is to be one arbitrator and more than two parties, the agreement or the arbitral institution’s rules will usually set out the appropriate approach to selecting the tribunal.

2.     The issues for determination must be identified – these can be issues of fact, law or quantum.

It is not unusual for one party to contest the tribunal’s jurisdiction to decide part or all of a particular issue.

3.     The process and timetable must be decided – these will be worked out between the parties and the tribunal.

Both should be designed to fit the requirements of the particular dispute.

Conduct of the arbitration

The arbitration will then proceed in accordance with the procedure that has been adopted.

It is likely to include each party producing written submissions. Typically, these will be supported by written witness statements and reports of technical experts, where appropriate.

This is often a point of contention between the parties. It is important to take legal advice early on the probable extent of your obligations to ensure that you can

(1) comply with them and

(2) manage the process as efficiently as possible.

Arbitrations usually involve one or more hearings before the tribunal, where the parties’ lawyers put forward arguments and question the other party’s witnesses and experts.

Hearings can last from half a day to many weeks or even months depending on the issues at stake.

After the hearing, the tribunal will produce its award. This will set out the decisions it has reached on the issues between the parties. Unless the award is challenged, it determines the rights and obligations of the parties.

The grounds on which an award can be challenged or appealed vary depending on factors such as the terms of the arbitration agreement, the arbitral ‘seat’ and the institutional rules.

A tribunal’s findings of fact can rarely be challenged. However, if the tribunal has not conducted itself properly, has answered questions it should not have answered or, in some cases, made an error of law, a party can go to court to ask for the award to be set aside or sent back to the tribunal to make its decision properly.

One of the main attractions of arbitration is that awards can typically be enforced in most countries worldwide without a rehearing of the issues and after following a relatively short process. The realities of enforcement vary depending on such factors.

·         The jurisdiction in which enforcement is likely to be sought

·         Whether it is possible to take steps to ensure the other side does not get rid of its assets to frustrate enforcement.

Popular posts from this blog

July 25, 2022
Free Company Registration at zero fees in India a step-by-step guide to the company registration process in India.     1) Apply For Director Identification Number (DIN)    The first step towards the company registration process in India begins by obtaining the unique identification number. According to the Companies Amendment Act 2006, all directors in a company (existing as well as intending directors) need to acquire their Director Identification Number (DIN).    DIN is a unique 8-digit number that is issued under the Companies Act section 153. The requirements for DIN include full name, father’s name, DOB, identity proof, address and it’s proof, PAN card copy and two photographs of all the directors proposed. The application form is available online on the official website of the ministry of corporate affairs (MCA Website) as the DIN-1 Form.    All business owners need to register themselves at MCA Website and acquire a login ID. The DIN-1 Form must be dully filled and uploade
Post a Comment
Read more

HOW TO APPLY PATENT REGISTRATION

August 06, 2022
Process for applying Patent Registration Patient selection is a cycle to enlist your turn of events, imaginativeness for a time frame. Patient selection helps with permitting your thinking and contemplations that is finished by individuals or firm should show restriction. This began by Indian Government to permit you the choice to enroll your improvement under calm so no one copy that advancement or mollusk on that development or creativity. In India, Patent is being addressed by the Patent Act 1970 and Patent Rules 1972. By permitting a creation, patentee can bargain that, getting that thing, including that or making re-energizing of that for well established. Expecting you record for patient selection its relevant for the coming 20years. Critical point is that you can patient your creation for a period not well established. you could patient anything ,associated with any fields anytime like science ,articulations ,culture ,custom, composing, etc there is different firm who
Post a Comment
Read more

HOW TO APPLY FSSAI AND HOW TO GET FSSAI FOOD LICENSE ?

August 05, 2022
FSSAI FOOD LICENSE Food safety and standards authority of India(FSSAI)   is an independent and sculpture body under Food security and norms act,2006. FSSAI capabilities are authoritative control by the Ministry of Health and Family Welfare. Primary target of FSSAI Food License are following: 1.        To work with sanitation. 2.        To manage produce, capacity, Distribution, deal and import of food. Food permit conveys a 14-digit enlistment number. Food permit are finished by Book A Professional. TYPES OF FSSAI FOOD LICENSE: FSSAI issues three sorts of permit in view of nature of food business and turnover 1.        Basic License:- For turnover under Rs.12 lakhs. 2.        State License:- For turnover between Rs.12lakhs to Rs.20 Cr. 3.        Central License:- For turnover above Rs.20 Cr. WHO REQUIRED A FSSAI FOOD LICENSE: 1.        License/Registration with FSSAI is required for each Food Business Operator(FBO). 2.        The individual who is a shipper
Post a Comment
Read more

August 13, 2022
Here is a look at the 10 investment avenues that Indians can consider when saving for financial goals. 1. Investing in stocks Equity Investing in stocks might not be everyone's cup of tea as it's a volatile asset class and there is no guarantee of returns. Further, not only is it difficult to pick the right stock, timing your entry and exit is also not easy. The only silver lining is that over long periods, equity has been able to deliver higher than inflation-adjusted returns compared to all other asset classes. At the same time, the risk of losing a considerable portion or even all of your capital is high unless one opts for stop-loss method to curtail losses. In stop-loss, one places an advance order to sell a stock at a specific price. To reduce the risk to certain extent, you could diversify across sectors and market capitalisations. To directly invest in equity, one needs to open a demat account. 2. Mutual Fund Schemes Equity mutual fund schemes predominantl
Post a Comment
Read more

August 08, 2022
WHAT IS A LLP?   LLPs are Limited Liability association for example these organizations are run in association with number of accomplices. They have their different obligation and jobs. As the LLPs are run in organization, so it is the obligation of accomplices to keep a legitimate book of every monetary exchange. LLPs are isolated lawful substances. They are enrolled under Ministry of corporate issues. LLPs are expected to get their records reviewed by a certified Chartered Accountant compulsorily when their turnover surpasses INR 40 lakhs, and in the event that commitment is more than INR 25 lakhs.   For a Limited Liability Partnership, the profits ought to be recorded occasionally for keeping up with organization consistence and secure for the punishment in postponement of documenting or non-documenting. LLPs needs to observe less guidelines and guideline as contrast with private restricted. The punishment for LLP is 5 lakh where it is less for private restricted.
Post a Comment
Read more